CN As artistic director you must get a lot of submissions all the time. How do you deal with that? Is there anything you try to do to open your doors more widely, to bring people in?

PM What we’ve done in the last six months is we now put all our casting breakdowns on Spotlight, so anybody can submit things. We’ve done several days of open auditions – both at the offices of Spotlight that were organised by Equity, but we’ve also done our own here, for general meets, not for a particular play. So we feel like we’ve made good strides towards opening it up more. It’s so difficult though, because we are a small team. Just the business of putting plays on is amazingly labour-intensive and time-consuming, and it is always a matter of great anxiety that we cannot respond individually to all the submissions we get, we just don’t have the manpower. If people write in and don’t get a response, all I can say we keep everything very carefully and we do look at everything.

CN Were you prepared for the level of guilt that all Artistic Directors must have?

PM I think so. The big subsidised companies have more responsibility to take care of people, and by and large tend to be quite good.

CN But it’s a balance, isn’t it? It’s a very desirable location, the Orange Tree, although it’s a very small theatre. In the past Sam [Walters, the previous artistic director] used to do plays with enormous casts, but he would always employ the same actors. 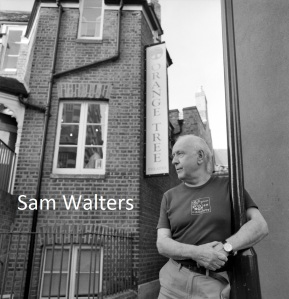 PM He made a positive virtue of working with a sort of informal company, which I think he strongly believed in. I think it’s partly generational: for his generation of directors that was always a dream and a goal – The Company, and I think so much of what he was about was because he remembered the really good aspects of Rep, and he used that energy creatively. That’s partly why the Orange Tree exists at all.

CN There’s been no repeated casting?

PM I think in the seven productions we’ve done so far, I don’t think anybody’s come back, and that’s in part because we’ve had different directors come in, the plays have had different requirements. It’s a rhythmical thing – it seems right at the moment and in due course people will start to come back and the theatre will acquire a personality.

CN It’s an unfair profession, isn’t it, the acting profession? It’s just intrinsically unfair. There are so many people who want to do it, and so few jobs, it can never be a democracy, can it? There’s an element to it where at some level it’s like a fashion show – there are things beyond your control that are the reasons you get cast; things that make you attractive that are unquantifiable.

PM It’s true, there’s an almost feudal aspect to it, sort of like dockers queuing up in the morning to see if they’re picked to work that day.

PM Yes, it is a brutal career and that’s why people want to form companies – they do so in order to protect themselves from these sorts of iniquities. That aspect of our trade can be unhealthy and uncreative.

CN And it can’t really be changed can it? 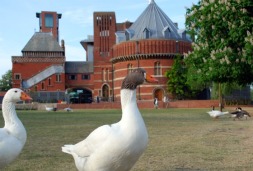 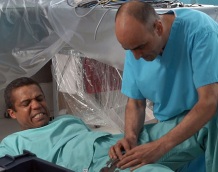 PM Well, like all things there are strengths and weaknesses. I have a friend who I spoke to just yesterday – he’s just done a stint at the Royal Shakespeare Company in Stratford, where he was in a new play and two Shakespeares, he’s in the process of writing an adaptation of Homer and he’s going up for a ‘Holby City’. So it’s a snapshot of a British actor’s life, who’s Doing-Quite-Nicely-Thank-You. That is an unimaginable thing for a German actor. A continental European actor doesn’t have that thing where they go from a bit of popular television, to being in Goethe, to then doing a voiceover… They have a company system, it’s all heavily subsidised, and if you are part of those subsidised companies, of which there are many, that’s what you do. And you can often see astonishingly rich, in-depth character acting in companies in Germany as a result. What they don’t have is British actors’ flexibility, pliability, ability to work in very different ways very quickly.
And that is why, in my view, British actors often do very well in America, because of that easy ability to do anything. Which is actually a product of that brutality we’re talking about – it actually produces that as an upside and thus can make American directors love working with British actors, because of that ability to go, ‘Oh, you want me do to it differently? I’ll do it like that’, whereas an American actor struggles. So I suppose there are aspects of the way we work which feel very brutal, but we also have to remember that it produces a certain liveliness which is an asset.

CN And I suppose it helps in auditions, in that you can have a casting in the morning for an advert, and a Strindberg in the afternoon, and you need to be able to turn it on for both.

PM Yes, and by and large people are very skilled at doing that. 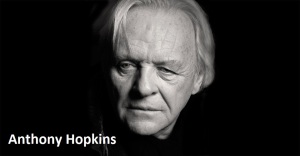 CN I’ve done very little screen acting but I love it when I do, because it is so focused. I remember reading about Anthony Hopkins, who of course is the great master of screen acting, and he was talking about being able to marshal his resources so well that he was able to just switch it on; he could focus completely and just turn it on when he needed it.

PM Just the other day, a very experienced senior actress was telling me a story about her daughter, who’s just starting, and had she had done a couple of days filming – she was complaining, ‘Oh, it was terrible, I was waiting for hours and hours, the whole day I was waiting to do my little bit. It’s a disgrace!’ And her mother said, ‘No, the waiting is what you’re paid for – the acting comes for free.’

CN That’s great, I’ve never thought about it like that – the acting is the reward.
I‘ve been thinking about London. It’s an impossibly expensive place to live in. Can you conceive of a time when the media and the theatre will be spread more across the country, or will London always be the centre? 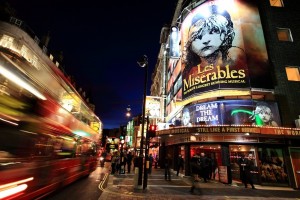 PM I think it’s impossible to imagine a situation when we are not, as a country, focused on London. It has such a massive history behind it, and geographically, I feel we are always going to have that with us. I notice that politically now there are these big moves to talk about Northern powerhouses, and I think that’s all great and healthy – there does seems to be a lot going on in Manchester, and I think we will see more of that; with the BBC being stationed in Salford, there’s a sense in which the centre is shifting – but I think London will always be with us. I think the general election result has given us a very vivid X-Ray of a sense in which, politically and socially, culturally, London is forming a giant bubble of its own. One of the reasons that everybody was taken by surprise by the election result is because in London we were all busy talking to ourselves, and not really realising that out there, a whole different thing has been going on. We’re entering this period now where it’s going to be very difficult to work out how the country finds a way of talking to itself.

CN And culturally, creatively, there’s no money to keep you in the profession – are we going to end up with a casting crisis for people in their late 20s and into their 30s?

PM I think there is a lot of burn off, I think that’s exactly what happens. You can see that in the proportion of people who are in Spotlight of a certain age. The people who get burned off are the people who can’t afford to pay rent in London without a stable income. 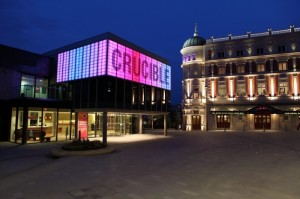 CN Is that something that regional theatres can capitalise on? Do you think there should be a shift away from the capital? You spent a lot of time in Sheffield – did you cast down in London, or did you cast in Sheffield?

PM It must be the case that 90% of Equity is based in London, so inevitably that’s where you end up casting from. There are some people based in Sheffield and they have worked in the Crucible, but it’s difficult. I can never remember the exact rules and numbers about subsistence, but if you’re in Sheffield for instance, you budget because you know you’re going to have to pay subsistence to actors who are by and large London-based, and you still have to pay if they’re Manchester-based, so there‘s no great incentive at a financial level.

CN You have a greater pool of people to cast from in London.

PM All the incentives are for you to look to London.

CN It’s terrible isn’t it – you’re told you have to live in a place that is too expensive to live in, in order to carry on working.

PM And actors face a pressure from their agents, it seems to me, to not leave London – to not go and do a play in Sheffield because you’ll be out of London for two months. ‘Imagine what will happen – if that advert came up, you wouldn’t be able to do it!’

CN I think there is a pressure to shut out parts of your life and experiences you could have had, because you’re frightened to miss the job – don’t go on holiday, don’t have a family; you can’t afford to buy a house because you can’t leave London. You shut yourself off from life experiences which might actually be detrimental to your acting.

PM It’s true, those are all dangers. 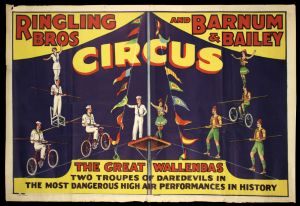 CN Actors have always been outsiders though, haven’t they?

PM They have. It’s a conundrum, because life should be fairer, it should be better; we are artists who deserve to earn a living. There should be good conditions – you know, bad conditions don’t create good art. And yet we all, one way or another, ran away to join the circus, and having joined the circus, we love complaining about the elephant shit.

CN A suitable ending, I think. Thank you Paul.