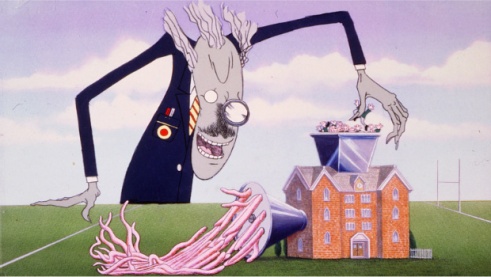 Even if your education was rather more Pink Floyd than Madness, most of us can point to a teacher who has, at some point, had a significant effect on the path our lives have taken. This is often particularly true of those of us who end up in the arts – creative people draw a lot of strength from outside support and it can be profoundly important for our development when someone recognises something in us at an early age that we suspect is there. I can name two people who helped me along the way.

I was always a fairly acting-minded child, and I certainly received encouragement from my drama teachers at school; I remember one, Mr Edney, saying of me, ‘There’s only one person in this room who could be another Olivier’ – probably the best review I have ever had, even if it has yet to be borne out by my career. My French teacher, Mrs McHugh, also made an impact – her son was a theatre director, and she eagerly encouraged my ambitions. I remember her being outraged that I didn’t know the French for ‘rehearsal’. I do now, of course – um… er…

It’ll come to me…

But oddly, the teacher who had the strongest influence on my future career path was a fellow called Mr Skriabin. Mr Skriabin taught P.E. Now, I was not what you might call a ‘jock’ at school. Many were the letters I produced from my mother excusing me from games, and when I had to take part, I perfected the art of maintaining a constant distance from the ball (whichever ball it happened to be) while all the time pretending that I was trying to get closer to it. At one point I was signed up to the school football team (on the substitute bench, and much against my wishes, I should point out) but in the single match I actually attended, I spent the whole time walking around the pitch singing Karma Chameleon.

All the signs were there. Mr Skriabin was in no doubt that I was not a natural sportsman – he knew I had no enthusiasm for his lessons. But I will still always remember him as being particularly important to my acting career.

One day, I took part in a morning assembly, in a short play about two parents waiting up for their political activist daughter (this was the 1980s, after all). It was a script-in-hand affair, but nevertheless I prepared for it as if it were a first night at the National. As a result, for the rest of the day I had children offering congratulations on my performance. And that afternoon, in my Art class (second favourite lesson), Mr Skriabin appeared, being a friend of the teacher. I was shocked to see him come straight over to me and say, ‘You were really good this morning, Naylor. You should think about becoming an actor.’ Rather a lightning bolt moment: the least likely teacher in the school had somehow talent-spotted me and endorsed my own quiet suspicions. His words set me on the path I still follow. 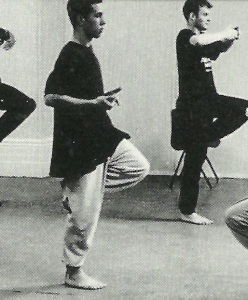 Fast-forward ten years or so, and I arrived at LAMDA, a callow, gawky chap. Already five years older than many of my peers, but somehow more clumsy and buttoned-up; their senior in age, but not by any means in terms of maturity. One thing I dreaded in particular was Movement. I was sure that, in black ‘movement’ clothes, my skinny, gangly and sweaty frame would look absurd and be the object of ridicule from my elegant, graceful fellows. Thankfully, the feared black tights and ‘dance belt’

were never pressed into service, but even dressed in what our American cousins might term ‘sweats’, the figure I cut was less Nijinsky:

As far as the work went, I certainly began badly, clumsily. But gradually I became a little more confident and comfortable, and by the end of the three years, I knew that movement – and in particular, Movement Theatre – was my favourite subject. This was down entirely to one person: Christian Darley, the finest teacher I have ever encountered. Somehow she was able utterly to dispel that old cliché of ‘Movement Class’ being about a load of self-indulgent ‘luvvies’ rolling around on the floor, crawling all over each other and pretending to be trees. 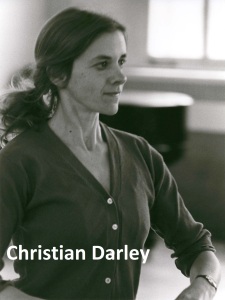 Christian’s work was focused, specific and eminently practical. She helped us develop our listening skills, our sense of timing and observation and an awareness of our bodies in the space that was absolutely connected to the text and to each other.

Christian brought me to a major breakthrough towards the end of my time at LAMDA, during rehearsals for a devised piece on the subject of ‘fear’. We all loved working with her, and it ended up being a very effective performance. One part involved a child character fiddling around with his mum’s valuable watch – over-winding it and breaking it, then having to tell her what he had done. Christian asked me to improvise the scene, and to think about the character’s movements becoming more exaggerated and contorted as he tries to summon up the courage to confess. I felt I had made a very ham-fisted attempt at the scene, and she asked another actor, the wonderful Giles Fagan, to try it. As far as I was concerned, Giles had made a much better job of it and I asked Christian to choose him for the performance as I thought I’d done so badly.

Christian pondered for a while, and then told me that, no, she thought I should do it after all. She knew perfectly well what she was doing, of course, namely bringing out of me what she could tell was there. That short scene went on to be one of my favourite moments from three years of training. I remember quite a few people coming up to me afterwards to say how much they’d liked what I had done – rather like they had all those years before after my school assembly, in fact.

I shall never forget the advice she gave me in my last tutorial with her: ‘Chris, I think you just need to go and sit under a tree.’

I was lucky enough to carry on working with Christian after LAMDA in her own workshops. Those classes had no specific end in mind, other than to continue her exploration of the actor’s work. I look back with great pleasure on those times, and I remember the pure joy we all felt at sharing Christian’s sense of endless fascination with the actor’s body and what it can achieve.

Christian became too ill to work towards the end of her life, but a good friend of hers, Dictynna Hood, suggested she write a book based on her teaching methods. She finished the first draft just before she died in 2008 and the book, ‘The Space To Move: Essentials of Movement Training’, was edited by Dictynna, Sue Mitchell and Linda Baker. It is published by Nick Hern Books, and is a wonderful document, both for those of us lucky enough to have worked with her, but also for anyone interested in movement and acting. I can’t recommend it highly enough. 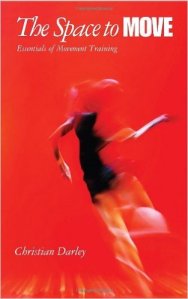 We are often told to discard what we don’t find useful from our training, and I suppose the implication is that the things we do want to carry forward will somehow always remain with us.
But often the reality is that we might not get the chance to revisit those methods in the profession – there is just no guarantee that the work we go on to do will accommodate them. The working environment of each job is dependent to a large extent on the director, after all. So how can you maintain a method of working without practising it regularly?

The hope, of course, is that that we have absorbed what we have learnt into our process and it will continue to inform our work. But I think it’s vital to take time to remind ourselves of the lessons that helped us, the things we might have forgotten or taken for granted, and most importantly, the people who were responsible for inspiring us and pushing us on.

It’s always a very heartening to hear actors talking about teachers who inspired them when they were young. My fellow LAMDA Class of ’98 graduate, Richard Armitage, writes of Christian Darley in her book that: ‘There are many of Christian’s techniques which I still use… I ended my three years with a physical vocabulary which was highly sensitive and expressive.’

Eddie Redmayne has spoken often about Simon Dormandy, head of drama at Eton during Redmayne’s time there, and someone he will still speak to for advice: ‘Simon treated us like professionals, taught us to speak verse.’ 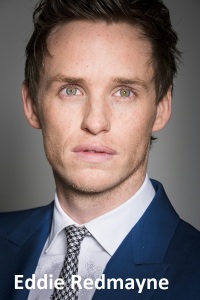 Dame Helen Mirren dedicated her BAFTA Fellowship to her teacher, Alys Welding. ‘She alone was the person who encouraged me to be an actor.’

And Sir Antony Sher has written extensively about his teacher Esther Caplan – ‘A remarkable teacher – to whom I owe my career.’ 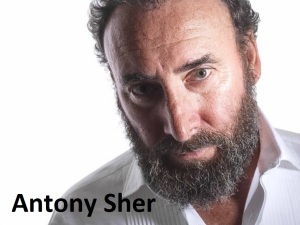 I recently put out a call on Twitter for actors to nominate their most inspirational actors – here are some of the responses:

I’d like to add to this roll-call, so thank you, Mr Skriabin, for starting me off. And thank you most of all, Christian, for making me understand what sort of actor I am.