Paul Miller was appointed Artistic Director of London’s Orange Tree Theatre in June 2014, as successor to founder Sam Walters. His first season has been tremendously varied and successful, with plays such as ‘The Distance’ by Deborah Bruce, George Bernard Shaw’s ‘Widowers’ Houses’ and ‘The Widowing of Mrs Holroyd’ by D H Lawrence garnering four-star-reviews and sold-out performances. The extraordinary ‘Pomona’ by Alastair McDowell recently won five Offies at the Off West End Awards, including Best New Play and Best Director (Ned Bennett), and will transfer to the National Theatre’s Temporary Theatre in September, followed by a run at the Royal Exchange Theatre in October. Paul Miller won Best Artistic Director at the Off West End Awards.

Paul was an Associate Director at Sheffield Crucible from 2009 to 2014, where his productions included ‘The Winter’s Tale’, ‘Democracy’ by Michael Frayn (which transferred to the Old Vic), and ‘Hamlet’ with John Simm.
For the National Theatre he has directed, amongst others, ‘The History Boys’ by Alan Bennett (a revival for the West End and UK tour), ‘Baby Girl’ by Roy Williams, ‘DNA’ by Dennis Kelly. He was Associate Artist at the Bush Theatre from 2005 – 2008.

When we met, Paul’s production of ‘Each His Own Wilderness’ by Doris Lessing was playing at the Orange Tree. Lessing’s powerful play is set in 1958, and sees Tony (Joel MacCormack), back from National Service disillusioned and dissatisfied, and clashing with his political activist mother Myra (Clare Holman).

CN Coming to see your show was very interesting, seeing somebody at the very beginning of their career and a number of actors who are quite established– from a director’s point of view, what difference do you notice between a young actor and a very established one – in terms of the way they approach rehearsals, for example?

PM Well it’s interesting, because there is a well-observed comedic thing that can happen, where the young actors arrive half an hour before rehearsals and do their warm-up and vocal exercise and they’re studiously attacking their parts, and the older, more senior actors appear to roll up without a warm-up, appear to be giving it less application. It’s easy to fall into the trap of thinking in a banal way that, ‘Oh, people get lazy as they get older’. In fact what I think happens is something much more interesting: the more you apply yourself when young, something happens, almost at a physical level, which means that, a bit like a dancer, you begin to do certain things, not exactly automatically but without having to consciously press that button –

PM Exactly. So the older actors who roll in going, ‘Oh, I don’t know why you’re bothering with all that’, making a joke of it all, are often concealing the fact – or indeed are unaware themselves – of what they can deploy, and it’s only in them because they were like that once.

CN So in a show like this one, where there’s a tension between young and old anyway – that’s the point of the play, in many ways – you must find that in rehearsal too?

PM All the time. It’s very relatively unusual to find oneself in a rehearsal room with a group of people who all of similar age. That’s one of the attractive things about our business, that we routinely work with a lot of people of different backgrounds and ages – that’s not always true in the more ordinary world of work. But that is part of the job of directing: to create a room that will contain, without over-controlling, a lot of people with different approaches. I’ve noticed that some young actors come out of three years where they’ve spent all the time with people of their own age and at their own stage of development, and it can be disconcerting to find yourself in a rehearsal room where you’re doing your thing and other people appear to not be doing your thing. There can be some heavy duty grinding of gears as people have to try and work out how to work with an actor who’s a bit older than them, and who isn’t so actively engaged with the process.

CN And similarly in the opposite direction, I’ve been in rehearsals where older actors have become quite frustrated with younger ones applying a method very deliberately, and which sometimes gets in the way of the work. But then that’s the director’s job isn’t it?

PM Yes, that is part of the director’s job, to hold that all together – hopefully in a creative tension, rather than simply a sort of deadlock.

CN So you have to find a different language to speak to each actor?

PM Yes, I think so, or help people to understand each other.

CN Do you try and get them to speak your language?

PM Well, I think some directors tackle this aspect of things by forcefully introducing a whole new dimension, which is them, their method, so the rehearsal room becomes about their artistic personality. That can solve the problem because both the young actor with his industrious process and the older actor with apparently no process at all are subsumed into this whole new thing. That’s not my thing, or at least I don’t feel that’s what I do. I think I tend to find myself doing plays where actually one wants to find the difference in people and somehow hold them together.

CN There’s the great John Dexter tradition that we all fear as actors – walking into the room and finding the despot, with the suggestion that often the director will isolate the weakest… There are many bad stories about directors that actors share. And I wonder where that comes from?

PM I wonder. Of course one of the weirdnesses about being a director is that, after a certain point in your working life, you have no idea what goes on really in anybody else’s rehearsal room, except by hearsay. So one can easily have a distorted impression of what’s going on out there, but I feel as if that John Dexter stuff has largely gone away – I think the culture doesn’t permit that stuff any more. I think that out-and-out, ‘Why are you f***ing doing that? You’re a hopeless actor!’ – I feel like that’s gone, and perhaps been replaced by more subtle problems.
I feel that, by and large, it’s a much more democratic process. If there are problems with a younger generation individually, it might not come from being tyrants in the old model, but maybe people going, ‘You’re not obeying the rules! My method’s not being followed and therefore it’s all wrong.’

CN It’s quite a different experience to an actor going from one rehearsal room to another, one director to another. You’re in isolation in your career – you don’t have the influences that actors have on your working method, so you have to develop your own. I suppose a lot of your method comes from people you assisted at the start of your career?

PM Yes, I think inevitably you see how a rehearsal room works from those people – or doesn’t work. I think a great danger is if you assist people you find very compelling when you’re at a formative stage, you try to work out who you are by imitating them, and that can be a rather an unhappy period to go though.

CN You didn’t act at all?

PM At school, but not in any way professionally.

CN But you didn’t feel the bite – you weren’t torn in two directions?

PM No. Somehow or other, I decided I wanted to direct at 17, which is probably unhealthily early…

CN A lot of actors give up and become directors, and a lot of them keep the two strands going at the same time; do you feel it’s useful?

CN Or for directors to have some experience at acting – or do you think it’s a very different discipline?

PM Well, one of the benefits to being an actor who then turns to directing after a certain amount of time is that, unlike my experience, they will have had years in a lot of different directors’ rehearsal rooms, and so have perspective on what directing can be. I’m often amused at how relatively unsentimental actors-turned-directors are about actors. They can often be the hardest taskmasters, in my experience.

CN When I spoke to Joe Harmston about this – he has never acted – he thinks it hinders actor-directors because they don’t have sympathy; if they can see how to do it, they can’t understand why another actor can’t.

PM I’m sure that’s possible, though someone like Daniel Evans has taken to directing brilliantly and is still acting – I don’t feel he has fallen into that trap. If you’re really good at it you don’t. 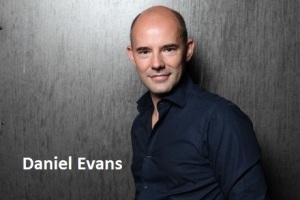 CN Do you remember performances that made you think, ‘Oh wow, I want to make that happen’ – specific actors?

PM I tell you a performance that really did always stick with me – I was lucky enough to be at the University of Ulster at Coleraine when Yvonne Bryceland came – the great South African actress who, with her husband Brian Astbury, had run a theatre in South Africa. 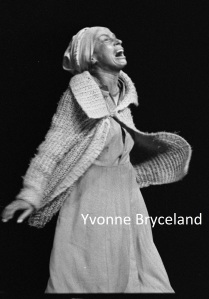 She was a long-term collaborator with Athol Fugard, and she recreated a production of a play called ‘People Are Living There’ by Fugard. She played a woman running a shabby boarding house on the night of her 50th birthday, and – typical Fugard – the play had a very simple action to it, and revolved around one moment: she had this speech about turning 50, just as the clock was striking midnight, and her unhappiness and disappointment in life, this terrible boyfriend that we never see; remembering herself as a little girl and saying, ‘There were promises, there were promises’. It was highly realistic acting, yet also with a kind of magnetism and a sense of emotional size to it. I can still see and hear her, and I thought she was a remarkable creature.

CN Are there actors you would like to work with that you see on the stage today?

PM I think Penelope Wilton has a lot of what I described about Yvonne Bryceland actually – everything always truthful and drawn from life, and yet with this sense of an enormous emotional landscape behind it. It would be wonderful to work with someone like that.